The world will be changing tremendously the upcoming years; this includes the automotive industry. How do you keep up with new developments, in fact; how can you take a leading position in such an environment? Meet Grayhams and Pinewood DMS. Grayhams provides the DMS solution for leading organizations within the automotive industry. IT expertise will be applied by Grayhams to enable your innovative business.

We’ll keep going where other providers give up. Thanks to our combined knowledge regarding the automotive industry, business processes and IT, you can rely on us for the best approach to optimizing the complete output of your organization. This will provide you with very satisfied customers and employees as well as more efficient processes, cost control and optimal collaboration. It will also provide you with valuable information and insight instead of mere numbers and will help you focus on your core business. Because of it all you are guaranteed to gain optimal profitability from your customers and team.

Your information should be available immediately. Information about today and tomorrow. It is no longer about historical fixed data. Information should be proactive, focused on accessibility and security . Nowadays it’s all about taking advantage of new opportunities and to improving suboptimal activities quickly in the automotive industry. Therefore, it was necessary to reinvent a way to collect, process, interpret and communicate information. Grayhams has achieved this solution for you!

From now on data will get a whole different meaning, a different role. Data will be more accessible and easier to combine in order to provide real insight into your activities and the organization. The information should connect people and departments and guide the user into the future. This will make your organization much better prepared. You should have a 360-degree customer view. The modern workflow requires role-based tools updated with timely notifications to highlight issues immediately – enabling you and to correct and/or finish them. ICT is in all of this not a goal in itself, it’s just a tool to achieve something bigger; to increase the resilience and resourcefulness of your organization. Tomorrow begins today. Start with Grayhams.

The DMS (dealer management system) of Grayhams, Pinewood, shows what’s really happening; clear and in time. Grayhams stands for the enriching and future oriented application of business information! Information that can lead to predictions in the future (called predictive analyses). This DMS enables and encourages creative leadership and processes that lead to improved strength for the companies in the automotive industry, it stimulates the coherence and the practicality of the ideas. Ideas that can be integrated into business tomorrow. A reassuring certainty, right?!

CURIOUS WHAT GRAYHAMS CAN DO FOR YOU?

Call me back
Recommendation without obligation.

THE PROVEN DMS FOR THE AUTOMOTIVE INDUSTRY!

Grayhams are working in close collaboration with Pinewood in the UK, developing Pinewood together. This teamwork is building upon a proven DMS with a great reputation in the automotive industry. More than a decade ago Pinewood realised that the time was right to leave the established DMS-technology. They decided to introduce the latest innovations and selected the modern and future-oriented .NET platform. To achieve a richer and more flexible user experience the software-as-a-service (SaaS) was implemented. This software now runs on Azure, the latest Microsoft cloud hosting solution. Your updates will take place each day automatically. This is why you will work always on the latest version software, both behind-the-scenes and within your Pinewood application.

This collaboration means that the Pinewood DMS includes, partly on the initiative of Grayhams, many innovations and industry-leading tools. This means that Pinewood includes features that users can utilise successfully without the need to involve the extra costs of a third party. Really important principles are: self-reliance, user-friendly and logic/customers/6/5/e/wptesten.biz/httpd.www In addition, comprehensive and secure web applications are implemented. These embrace innovations in Cloud Computing , Business Intelligence and mobile and social media. The applications are designed to contribute substantially to your business success within the automotive industry.

Grayhams was founded by Ronald van der Vlist and Martijn van Pinxteren. Both have earned their stripes in the automotive industry. In addition, they always applied their knowledge of business economics and information technology and also their great talent of organisation.

The name Grayhams is an original reference towards Alexander Graham Bell. Alexander Graham Bell (b. Edinburgh, Scotland March 3, 1847 – d. Baddeck Bay, Canada August 2, 1922) was a Scottish-American inventor and founder of the Bell Telephone Company, which evolved into the American Telephone and Telegraph Company. It was Bell’s interest in communication which led eventually into a search to transmit speech over large distances. He knew better than anyone else how to bring information, insight and innovation together – a visionary who came up with new solutions in a structured way,

Bell discovered how to convert voice vibrations into electrical signals so they could be sent forward to the recipient. He is a great inspiration for Grayhams, especially regarding the daily mission to enrich and implement future-oriented data for automotive companies. 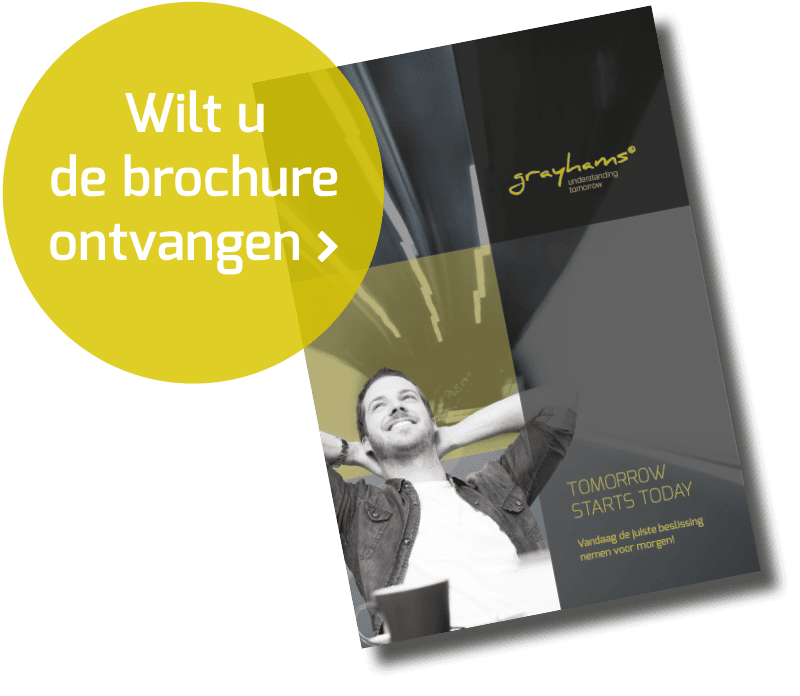 Grayhams supports entrepreneurs in the automotive sector thanks to the application of the leading and future oriented Pinewood DMS.

Grayhams is the exclusive dealer of Pinewood, the innovative DMS for the automotive industry.